“Fighting for what’s right, no matter what the outcome, is worth it.” – Hillary Clinton

These are words of wisdom shared by Hilary Rodham Clinton during her concession speech the morning following the biggest upset in political history. More than 30 years after the term “glass ceiling” was first introduced in mainstream America, this barrier to advancement and equality, 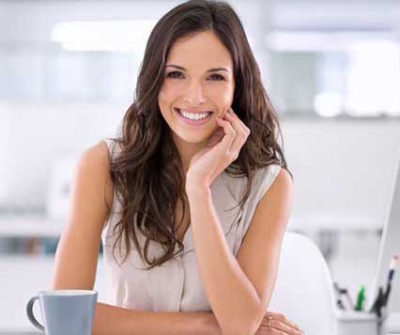 especially affecting women and members of minorities persists today. Clinton told supporters that even though she didn’t shatter the glass ceiling, she hopes someone will soon. And don’t we all?

While it’s impossible to know just how much Hillary’s gender contributed to her loss, we do know that it was a factor. Knowing what we know about Hillary’s qualifications and equally knowing what we know about the prevalence of unconscious bias. It’s no secret that unconscious bias penetrates various realms of society today, from the boardroom, to the classroom and to the political stage. As such, it would be virtually impossible not to consider the fact that gender did, in fact, play a role in determining the election outcome. When conducting an informal poll of our own clients, most of whom are women, there was an overwhelming sentiment that a male candidate, with far less qualifications and competencies, would not have faced the same level of scrutiny, nor would they have been held to the same impossible standards. One might argue that her loss may be as good a sign as any that as a country we’re not ready to break the infamous glass ceiling. But, is this in fact the case? And should we, as women, just sit by and accept defeat?

Irrespective of our thoughts and beliefs around what caused the upset, the fact is that despite her qualifications and track record of success as a public servant, daughter, wife and mother, Hillary has lost this one battle, but she fought a great fight. We, as a nation of strong, smart and bold women and girls, owe her a debt of gratitude for serving as our champion, role model and advocate. We have come further and we are stronger because of her.

So, where do we go from here? In honor of Hillary and all the amazing women who have gone before her, we should step up, stand proud, and continue to fight, for what is right, no matter what the outcome. After all, this is what the American Dream is all about! “The ideal that every U.S. citizen should have an equal opportunity to achieve success and prosperity through hard work, determination and initiative.”

What are you fighting for?

Download a Print-Ready Version of this Article (PDF):   Fight for What’s Right